Highline Tours & Travel started in 1995 as an operator specialising in adventure and affordable group tours. They have since diversified to provide other services including for the FIT market, self-drives, family vacations, the luxury market and incentives & conferences; covering Southern and East Africa as well as the Indian Ocean islands. Having two offices permits them to focus their business with Group travel being handled in Pretoria and FIT travel in Cape Town, each office with its own specialised staff. Highline boasts a total staff complement of 30 people with proficiency in German, Dutch, Flemish, French and Japanese. 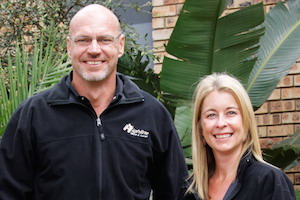 Born in Vanderbijlpark, South Africa, I was always a keen sportsman and received National Colours for Canoeing in 1990 while studying for myB.Com (Law) degree. As part of the national canoeing team, I represented South Africa competing in various international countries. In 1992, I befriended Pierre Strydom, our team manager, and we discussed South Africa’s future at length, and agreed that, if things came right, the tourism industry would boom. Pierre was one of the owners of Hire A Bus (Pty) Ltd and I managed to convince him to buy a few luxury buses and I promised to start a tour operating company to utilise them. Thus in September 1993, two new companies were born; Luxliner (the luxury bus company owned by the Strydom family), and Highline Tours & Travel (the tour operating company owned by myself). I have expanded extensively since then, now with equity a number of companies within the tourism industry, from coach charters to luxury lodges.