In 2011, a symbiotic merger between 2 of Durban’s oldest and most iconic travel businesses saw the birth of Inspirations ITT. The businesses of yesteryear, Caraville Travel International and International Travel & Tours became one in this newly formed business built on ownership, equity, sweat and passion. 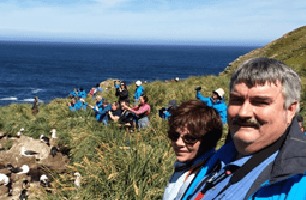 Though born in Hamburg, Germany, I grew up in South Africa and fell for a delightful young South Africa lady, Cheryl, who later became my wife.

After studying at Rhodes and Natal Universities and attaining my MBA, I tried various industries before co-founding Caraville Leisure in 1982 - the start of my independent entrepreneurial career. In the early 90͛s, with the rapidly expanding international travel market, I decided to focus more on Inbound, using my birth language and cultural affinity to promote, particularly, to the German speaking marketing. I never tire;

I still today, thrive on travel experiences to new destinations and my family, with a son in Berlin, a daughter in Cape Town and a wife who supports me in everything I do. I get fulfilment from my involvement in various private charitable trusts and public organisations focused about youth education and development. 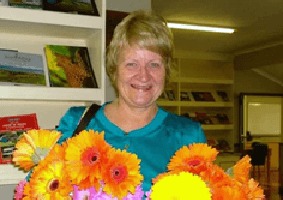 I was born in Fredrikstad, Norway, though lived most of my life in South Africa where I married the perfect South African gentleman and we share 3 wonderful children.

I founded International Travel and Tours in 1989, which, back then, was primarily an outbound operator selling destinations less usual. Later saw a natural development of Inbound from the Nordic region.

I have many great passions in life, my family foremost; followed by a personal lifelong commitment to "Give Back" to those less fortunate, to responsible tourism and to the plight of our country's future; and a love of photography, wildlife and music. 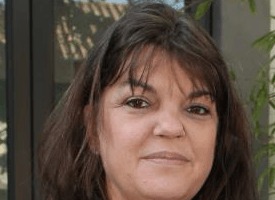 I was born in Johannesburg, and later moved to Durban. Having qualified in Financial and Accounting Management, I worked in the corporate world for both First National Bank and Mr Price Group for many years before I joined Caraville Travel, eventually becoming a Director and shareholder.

In my spare time, I support my husband, Bruce, in his business and spend as much time as I can with my son, daughter and grandson and our menagerie of animal adoptees. I also actively support the St Martins Children's home and get pleasure in the small difference I can make.